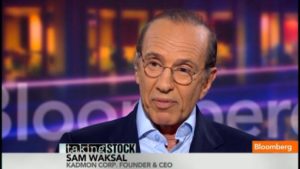 May 26th 2016 – New York, NY – Today the Appellate Division First Department agreed with Stuart D. Meissner of the law firm Meissner Associates, who represented the plaintiff, in upholding the denial of their Motion to Dismiss a 150 Million Dollar claim against Waksal and Kadmon. The action seeks to enforce an agreement allowing for a 6% equity ownership stake by the plaintiff, who was a past friend and associate of Dr. Waksal, and his partner in Dr. Sam Waksal’s  new pharmaceutical venture Kadmon.  Published reports have stated that Kadmon is about to make a public offering of stock. It is unclear how the law suit, seeking the equivalent of a 6% equity stake in Kadmon, will impact the public offering of its stock. The alleged 2009 agreement between the plaintiff , his partner, and Kadmon related to the raising of funds for the Kadmon venture. It’s alleged the agreement was entered into after Waksal was released from prison. The claim alleges that Waksal reneged on compensating the plaintiff and his partner after an introduction was made to Colbeck Capital Management LLC among other introductions.

Today’s Appellate Division Decision  denying Sam Waksal’s attempt at dismissing the case, which case was first filed in February of 2014, was unanimous by the 5 judge panel in upholding the lower court decision  by the Hon. Judge Jeffrey K. Oing in the New York County Supreme Court Commercial Division.  In denying the Motion to Dismiss on Statute of Frauds grounds the Appellate Division also awarded Mr. Meissner’s client his costs related to having to fight the appeal. Oral arguments on the matter took place just three weeks ago on May 5, 2016. In refusing to overturn the lower court decision the Appellate Division held that “the defendants documentary evidence did not conclusively establish that no agreement existed” and further found their “remaining contentions unavailing.”  Mr. Meissner, referring to the decision stated “we are very pleased with the higher Court’s quick and decisive ruling. We look forward to the trial and our client finally being properly compensated pursuant to his contract.“

The case now continues on in the discovery stage with depositions of Dr. Waksal and other witnesses in the case. Dr. Sam Waksal pled guilty in 2003 to insider trading among other crimes relating to his former firm ImClone, along with his friend Martha Stewart, both of whom went to jail.